Doctor Carlos Blanche is a renowned thoracic and cardiac surgeon in Orange, California. He received his medical diploma from the University of Chile, Santiago in 1974. After getting his medical degree, he did an internship at Harbor Hospital Center. Dr. Blanche completed his medical education with a residency in general surgery at three medical institutions: North General Hospital, New York University Downtown Hospital and the University of Rochester and a fellowship in thoracic surgery at SUNY Health Science Center at Brooklyn. He is certified by the American Board in thoracic and cardiac surgery. His subspecialty is general cardiac surgery. He is affiliated with several hospitals in the area, including Mission Hospital, Saddleback Memorial Medical Center, Saint Jude Medical Center and St. Joseph Hospital. 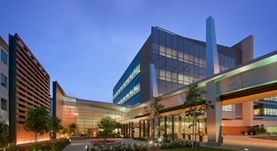 Heart transplantation with donors fifty years of age and older.