Dr. Prabhakar Tripuraneni is a board-certified radiation oncologist based in La Jolla, California. He graduated from the Guntur Medical College in 1975 and then completed his internship there in the year, 1978. He pursued his residency in Radiation Oncology at the University of Alberta (1981) and University of California (1983). He has also done a residency in Psychiatry and Neurology at the Kingsboro Psychiatric Center in the year 1982. Dr. Tripuraneni has been practicing for more than two decades and possesses special expertise in various radiation therapies to treat prostate and bladder cancers, skin cancers, lymphoma, and other benign tumors. At present, he is affiliated with the Scripps Memorial Hospital La Jolla, Scripps Green Hospital, and Naval Medical Center, San Diego. Over the course of his career, in addition to patient care, he has authored more than 40 research papers. 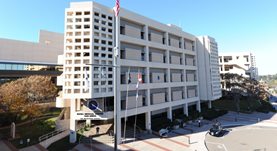 Education and Training Needs in Radiation Oncology in India: Opportunities for Indo-US Collaborations.