Dr. Michael Graham is a renowned pathologist in Saint Louis, Missouri. Mr. Graham has a vast medical experience of more than 2 decades He is also specialized in forensic pathology and teaches this domain at St. Louis University School of Medicine. He is a board-certified pathologist for clinical pathology and forensic pathology. Mr. Graham has graduated from the Saint Louis University School of Medicine and continued his studies with a residency at St. Lukes Episcopal Hospital, followed by a fellowship at St Louis University School Medicine. He has received multiple awards during his career including the Health Professional of the Year in 1992, the Gift of Life Award from the Mid-America Transplant Services. He is a member of various associations including the American Academy of Forensic Sciences. Dr. Graham has an impressive research portfolio. He has contributed to numerous studies and some of his published works focus on infant death and the correlated risk factors, pediatric cardiac abnormalities and valve tissue donations, fat embolism. Dr. Michael Graham currently practices at the Saint Louis University Hospital and accepts the following insurances: Cigna, Aetna (Choice POS II, Managed Choice POS Open Access), Multiplan, First Health PPO.

American Board of Pathology - Forensic Pathology 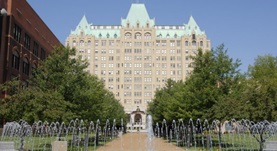 Dr. Michael A. Graham has contributed to 3 publications.