Dr. Jeannie Han is a board-certified radiation oncologist based in Los Angeles, California. She graduated from the Rosalind Franklin University of Medicine and Science. Then, she did her internship at the McGaw Medical Center of Northwestern University followed by a residency in Radiation Oncology at the Kaiser Permanente Southern California. Over the course of her career of a decade, Dr. Han contributed to three research articles. At present, she is affiliated with the Kaiser Permanente Los Angeles Medical Center. 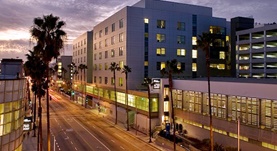 Genetics of the corneal endothelial dystrophies: an evidence-based review.