Dr. Gustavo Alvarez-Paiva is a pathology specialist in Memphis, Tennessee and he works at Baptist Memorial Hospital-Memphis. He got his diploma from the Central University of Venezuela and did his residency in Anatomic and Clinical Pathology at Washington University. The doctor has an experience of more than 20 years. 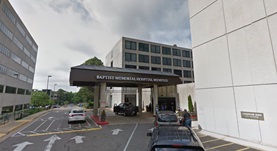