Dr. Gerald Buckberg is a well-known thoracic and cardiac surgeon in Los Angeles, California. He received his medical diploma from the University of Cincinnati College of Medicine in 1961. He is certified by the American Board in surgery, thoracic and cardiac surgery, and thoracic surgery and his sub specialty is general cardiac surgery. This doctor is affiliated with multiple hospitals in the area, including Ronald Reagan UCLA Medical Center and UCLA Medical Center Santa Monica. He was awarded the honor ACS Fellow and is a member of the American College of Surgeons. He has published a lot of articles in collaboration with other doctors. The languages spoken by this doctor are: English Arabic and Spanish.

University of Cincinnati College of Medicine 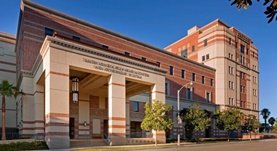