Dr. Dabbas graduated the medical school from the Damascus University and completed his residency program at the Wright State University. Two fellowship programs followed: one at the University of Utah and the other at the Wright State University. He is specialized in Pathology and board certified in Anatomic Pathology & Clinical Pathology. Dr. Dabbas has been in practice for more than 20 years and is affiliated with the Genoptix Medical Laboratory. During his career, he has also contributed to 3 publications of medical interest.

American Board of Pathology: Hematology 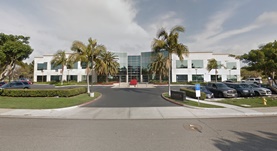 Cell cycle blockade and differentiation of ovarian cancer cells by the histone deacetylase inhibitor trichostatin A are associated with changes in p21, Rb, and Id prot...

Cell type-dependent regulation of hMLH1 promoter activity is influenced by the presence of multiple redundant elements.

Early failure of a tricuspid valve replacement with a mitral valve homograft in a heart transplant recipient.