Dr. Barbara Fowble is a well-known radiation oncologist in San Francisco, California. She received her medical diploma from Jefferson Medical College in 1972. After getting her medical degree, she did an internship at Mount Sinai Beth Israel. Dr. Fowble completed his medical education with a residency in radiation oncology at NYU School of Medicine in 1975, a residency in radiology at NYU School of Medicine, a residency in radiation oncology at Thomas Jefferson University and at Drexel University - Hahnemann University Hospital in 1976 and a fellowship in radiation oncology at Thomas Jefferson University Hospital in 1977. She is certified by the American Board in therapeutic radiology and her subspecialty is general radiation oncology. She was awarded 14 honors: Super Doc, America’s Top Doctors for 12 years and Redbook Magazine: Top Breast Cancer Doctors in 2001. This doctor is affiliated with several hospitals in the area, including: Zuckerberg San Francisco General Hospital and Trauma Center, Carol Franc Buck Breast Care Center, Radiation Oncology at Mount Zion, Radiation Oncology at Parnassus and UCSF Medical Center. She has published a large number of articles in collaboration with other doctors. 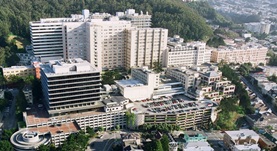