Dr. Fawzi Khayat is a renowned general surgeon in Los Angeles, California. He received his medical diploma from Keck School of Medicine of USC in 2003. Dr. Khayat completed his medical education with a residency in general surgery at UCLA Medical Center, Los Angeles, California and a fellowship at Massachusetts General Hospital in Boston, Massachusetts. He is certified by the American Board in surgery. His subspecialty is general surgery. This doctor works at Kaiser Permanente South San Francisco Medical Center. He was awarded the honor CMS Stage 1 in 2011. In 2013 he published the article “Bariatric surgery in a patient on peritoneal dialysis” in collaboration with other doctors. 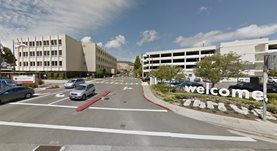 Bariatric surgery in a patient on peritoneal dialysis.