Dr. Deanna Attai is a recognized general surgeon in Burbank, California. She received her medical diploma from Georgetown University School of Medicine in 1990. (Prior to that, she received another training at Vassar College in 1986). After getting her medical degree, she did an internship in general surgery at Georgetown University Hospital, between 1990 and 1991. Dr. Attai completed her medical education with a residency in general surgery at Georgetown University Medical Center, between 1991 and 1995. She is certified by the American Board in surgery. This doctor works at Providence Saint Joseph Medical Center and at Breast Care/ Cancer Care. She also serves as an Assistant Clinical Professor of Surgery at the David Geffen School of Medicine at the University of California Los Angeles. She has published a huge number of articles in cooperation with other doctors. She was awarded 12 honors: MD – Cum Laude in 1990, Alpha Omega Alpha Medical Honors Society in 1990, Chief Resident Teaching Award in 1995, Top Doctors Southern California in 2012, America's Top Doctors for Cancer in 2013, Top Doctors LA Area in 2013, America’s Top Doctors in 2014, Super Doctor in 2015 and 2016, ACS Fellow in 2012 and CMS Stage 1 EHR in 2013. She has published a huge number of articles in collaboration with other doctors. She is a member of the following medical organizations: Alpha Omega Alpha Honor Medical Society, American Society of Clinical Oncology, American Society of Breast Surgeons and American College of Surgeons. 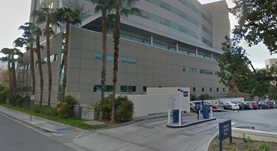