Dr. Rocky Adams is a pathologist based in Las Vegas, Nevada. He has a vast experience in multiple clinical areas including lung cancer, mesothelioma, and ovarian cancer. Dr. Adams graduated from the Tufts University School of Medicine. He completed a residency in anatomic and clinical pathology at the University of South Alabama and two fellowships, one at the University of Utah/ARUP Laboratories in molecular genetic pathology and one at the University of California San Francisco in gastrointestinal and hepatobiliary. Dr. Rocky Adams is certified by the American Board of Pathology in molecular genetic and anatomic pathology. He is licensed to practice in the states of California, Alabama, and Utah. He is an active member of numerous medical organizations such as the United States & Canadian Academy of Pathology and the American Society for Clinical Pathology. Dr. Admas has contributed to numerous publications. Some of the areas he focused on include metastatic cutaneous melanoma recurrence and isolated neurosarcoidosis as a cause of monocular visual loss. He has been invited to lecture at multiple conferences and symposiums in the United States organized by various medical associations and institutions like the Children’s Tumor Foundation, the Association of Clinical Scientists and so on. Dr. Rocky Adams is affiliated with the University of South Alabama Medical Center. He accepts one of the following insurances: Aetna, Cigna, Blue Shield of California, Blue Cross of California. Cent 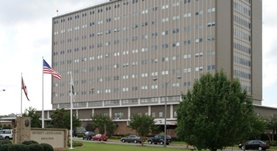 International Prostate Symptom Score Should Be Considered a Complement Rather Than a Substitute to Generic Preference-Based Measures for Measuring Lower Urinary Tract Symptoms Within Economic Evaluation.

Medical Association of the State of Alabama