Zykadia, a New Drug for the Treatment of Metastatic Non-Small Cell Lung Cancer

Ceritinib, sold under the name of Zykadia by Novartis, was developed in 2014 as a drug for metastatic non-small cell lung cancer with ALK-positive tumors. While the number of people suffering from this type of lung cancer is quite large – up to 85% of patients – individuals whose tumors express the abnormal anaplastic lymphoma kinase (ALK) gene are quite scarce. According to studies, between 3% and 5% of non-small cell lung cancer patients have the ALK gene, which Zykadia targets. It is worthy of note that certain pleural mesothelioma patients also express the ALK gene, which makes the drug suitable for their treatment as well in the future.

Zykadia was approved by the FDA in April 2017. “Today’s approval represents the next step in the development of Zykadia as a treatment option for ALK-positive metastatic NSCLC, bringing this important medication to a patient population where a need still exists.” said Bruno Strigini, the CEO of Novartis Oncology. The eligibility of a lung cancer patient for receiving treatment with Zykadia can be determined by a test which will reveal the presence of the ALK gene in their body. Novartis made public the results of their study, which involved 376 stage 3B or 4 non-small cell lung cancer patients with brain metastases. At the end of the research, people who were treated with Zykadia achieved a 16.6-month progression-free survival, whereas those who received penetrated-platinum chemotherapy as a first-line treatment regimen obtained a progression-free survival of only 8.1 months. The risk of progression was thereby reduced by 45% with the new drug.

The study participants came from over 203 locations in 31 different countries. Exposure to treatment was 66.4 weeks for Zykadia (750 mg daily) and 26.9 weeks for standard chemotherapy (500 mg/m2 of pemetrexed in conjunction with 75 mg/m2 of cisplatin or carboplatin AUC 5-6). What is also interesting is that Zykadia also improved secondary outcome measures such as the objective response rate, which was 72.5%, whereas the one for regular chemotherapy was 26.7%. Another secondary outcome measure Zykadia boosted was duration of response. The median duration of response within the Zykadia group was 23.9 months, while the group treated with chemotherapy registered a median duration of response of just 11.1 months.

As the vast majority of chemotherapy drugs, Zykadia is not free of side effects, which can be severe in some patients and include the following:

Zykadia was also found effective in treating brain metastases. The intracranial response rate in individuals who were administered this drug was 57%, which is significantly higher than what standard chemotherapy was able to achieve – only 22% of the participants experienced remission. 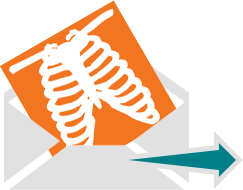 If you would like to find out whether Zykadia might be a suitable chemotherapy drug for you, please check in with your oncologist and healthcare team, who will be able to offer you individualized advice based on your particular case. If you already take Zykadia and start to experience the symptoms below, please seek medical attention immediately: